A century of playing to God’s tune 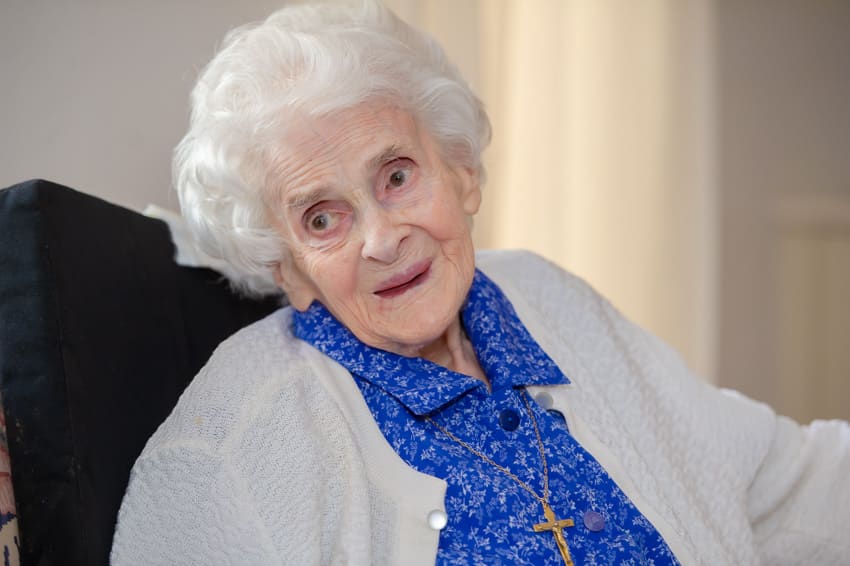 Now as her 100th birthday approaches on 23 March, the gifted musician and teacher says it is a strong sense of God’s will that has kept her flourishing as a Sister of Charity.

“I’ll never forget what it felt like to leave everything and everyone,” she said.

“I missed my friends so much, but I went and stayed because I felt it was the will of God.”

Sr Rose Anne lives at St Vincent’s Aged Care facility in Auburn, the suburb where she lived and taught piano and music for nearly all of her religious life. Born in Casino in far north NSW to dairy farmers and graziers Patrick and Mary Croke, Sr Rose Anne is the second youngest of 10 children.

Her childhood memories include riding horses from a young age, and being immersed in a rural world of cows, crops and chooks. Many farms eventually failed due to drought “even then”, she said.

After graduating from school she lived at the farm for four years before leaving for Sydney to work. She worked as a shorthand typist first at the Commonwealth Department of Social Services, and then at the Department of Air where she met and became friends with Marie Bird, a sister of pioneer aviator Nancy Bird.

It was just after the start of the Second World War and Sr Rose Anne remembers the dimming of street lights and covering of windows in the ‘brown out’.

Then came the night the reality of the overseas war was abruptly driven home in the form of Japanese midget submarines entering Sydney Harbour.

She was boarding in Dulwich Hill with her sister who was awoken by the sound of artillery fire late on 31 May 1942.

“I just told her to go back to sleep, that’s how much it interested me,” she laughed.

Today Sr Rose Anne still regularly plays the piano for fellow residents and at church and although her favourite to play has been swing and jazz rheumatism has slowed her ability to play those styles in recent years.

She said her secret to a long and happy life is to “live well, to eat well and to follow the precepts of the Church”. “To live a good and holy life, I think that is very important,” she said.

She also said it had been a great privilege over the years to instill into pupils a love of music, “one of God’s gifts”.

As a young girl she taught herself to play the piano and many well-known musicians began their careers with her help, including the assistant organist at St Mary’s Cathedral Dominic Moawad. 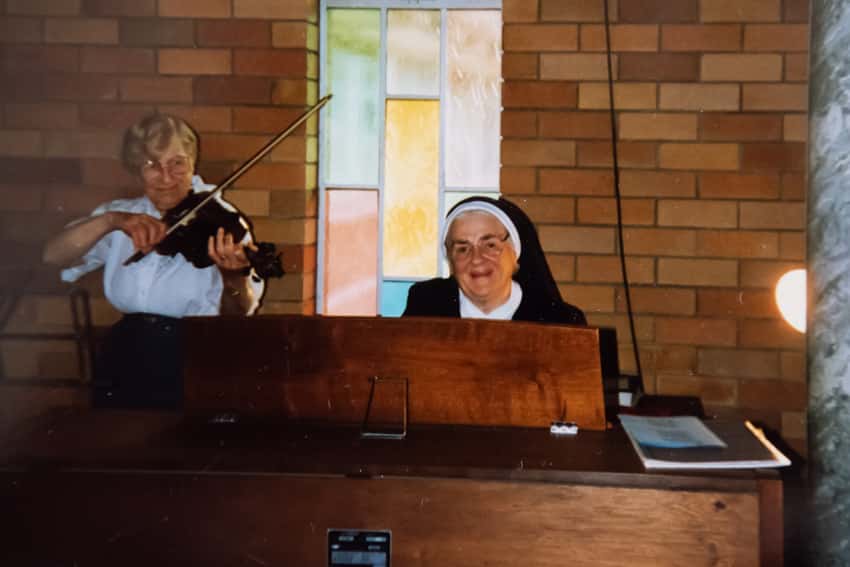 Mr Moawad said Sr Rose Anne had been a very important part of his musical life. “When I was in around Year 3 it was Sr Rose Anne who pointed out the choir scholarship at St Mary’s Cathedral, which I auditioned for and received, and now I’m still here,” he said.

“She was always very patient and generous with her time. She gave a lot of herself to help us to be better musicians.”

Congregational leader Sr Clare Nolan RSC, said the sisters were looking forward to saluting Sr Rose Anne on her 100th birthday, and thank God and her for the ministries “which have served the poor and the marginalised for decades”.

“Sr Rose Anne was professed in 1953, and has since then has dedicated her life to showing everyone she meets the love, kindness and compassion of Christ,” she said.